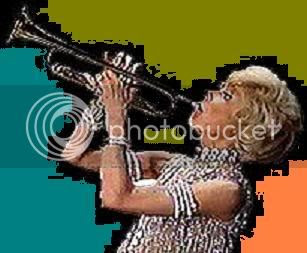 A new blog dedicated to mockery, satire, invective, trash-talking, and subversive discourse in general. Trash du jour examines other blogs, assesses them, and then, if blogger is suitably obnoxious, offensive, dimwitted, or lame, Trash du jour does what it does best: trashes them. . Though focusing primarly on California, specifically LA and Kern counties (yes, hold your nose), the blogosphere in general is the subject matter.

And speaking of things Kernish--if you have ever travelled through Kern or lived in Bakersfield you might understand some people's revulsion when they hear the name--Trash du jour is going to have a look at some Kern blogs and the Bakersfield Californian blogs as well.


Bako Town seems to be sort of popular among the kern hicks, or at least hickettes. It appears to be written by some froggy piece of, you got it, Trash who thinks she's rubbing shoulders with Ginny Woolfe or or some other notorious dyke scribbler simply because she can paraphrase the yokel news and offer her own trailer trash commentary on various news blurbs. She's rather obnoxious and her blog is replete with "the grunt of the human hog" as Bierce might have said, but she's merely a Shirley compared to her Laverne, Chrissy Fessler, the cheap broad who grunts and blogs under the name of Waist High. Even denouncing such harpie-like vermin is beneath Trash du jour's time, but suffice it to say, the bitch thinks there 's something really profound in 80's pop music ala Duran Duran, and apart from that, she seems to write about her attempts to quit smoking or finding some suitable dirtbag to copulate with.